Have you ever wondered why red wine is referred to as black in Georgia, and white as orange? Which region has people drinking wine out of a horn? What does this have to do with Christianity? Keep reading to find out!

1. Georgian wine is the oldest in the world. This fact, recorded in the Guinness book of records, has proof in the form of countless archeological finds, among which are grape pips from the Neolithic period (6th millennium BCE) and Bronze Age qvevri pots. 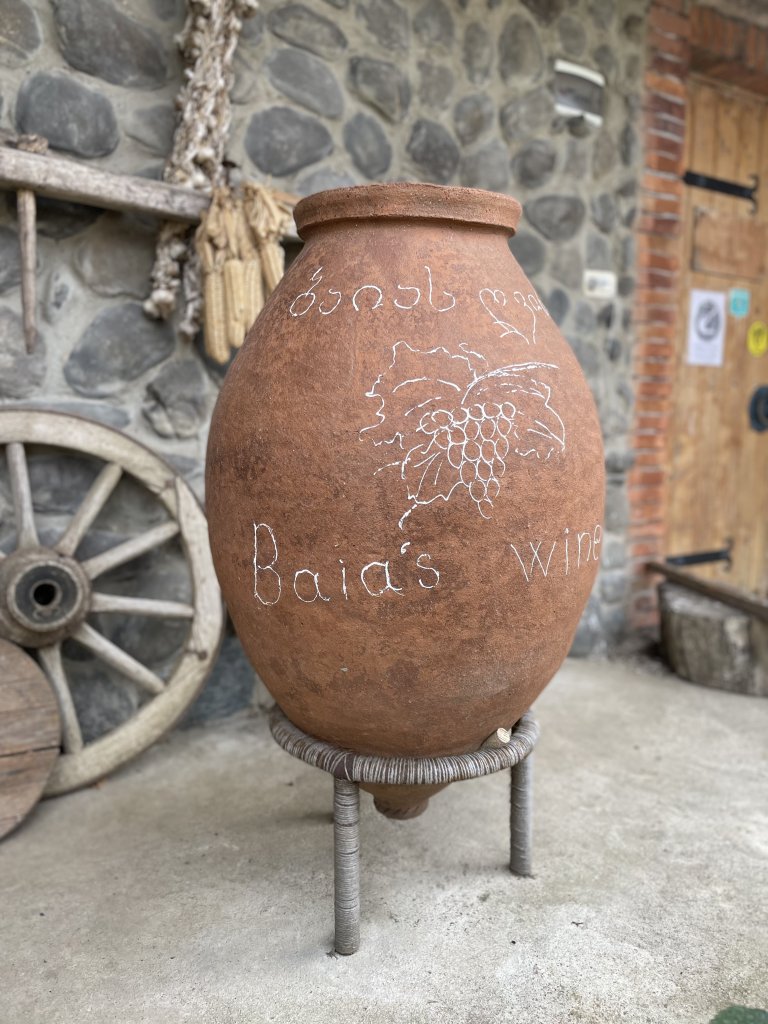 2. The ancient practice of making wine in large clay qvevri pots buried underground has been preserved in Georgia to this day. This practice has no equivalent anywhere else in the world and is on UNESCO’s intangible cultural heritage list. What sets this technique apart is the fact that during both the fermentation and the ageing stages grapes are in contact with pomace (grape skins, stems and pips). This increases aroma and flavour profiles for qvevri wines. Around 10% of all Georgian wines are currently produced using the qvevri method. 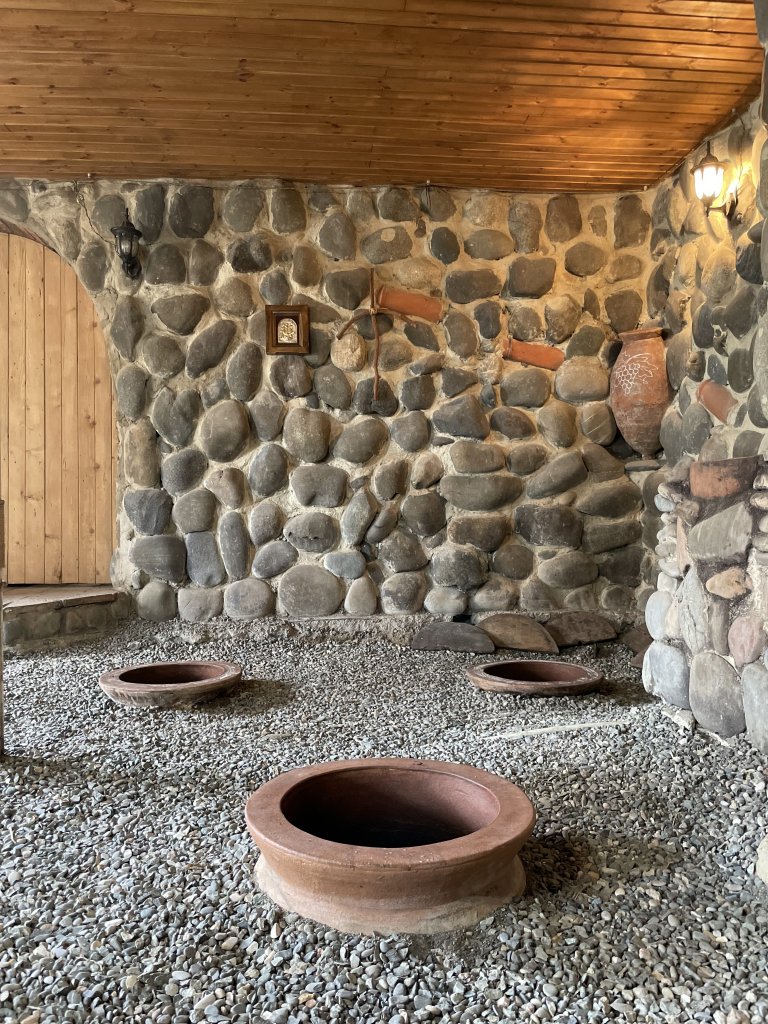 3. Historically, red wine was referred to as black because this is how red grape varieties were referred to. Today the unofficial term ‘black wines’ encompasses the rarest, more expensive and most noble of the reds. Mostly produced in the Kakheti region, these are thick, viscous wines so dark they are almost black. One such wine is Mukuzani. 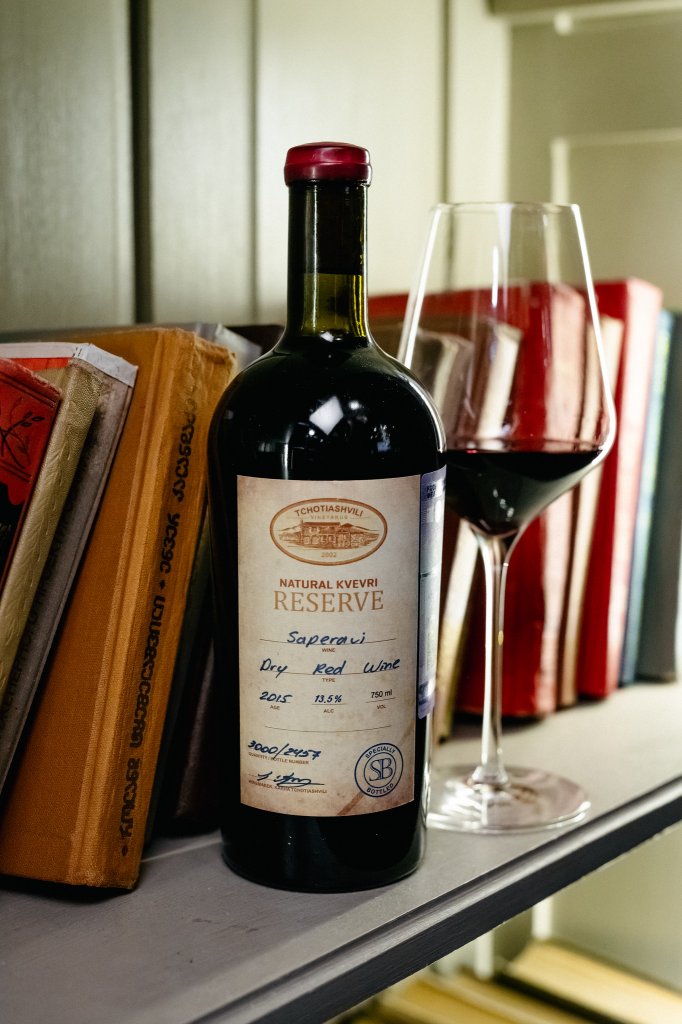 4. White wine in Georgia is actually not just white. Traditional white is what is called orange or amber nowadays. Its colour results from longer fermentation with pomace in a qvevri pot, and that is also the reason why an orange wine is tangier than a traditional white. Wines that are white in a more traditional sense are present in Georgia too, but their production generally follows European methods. 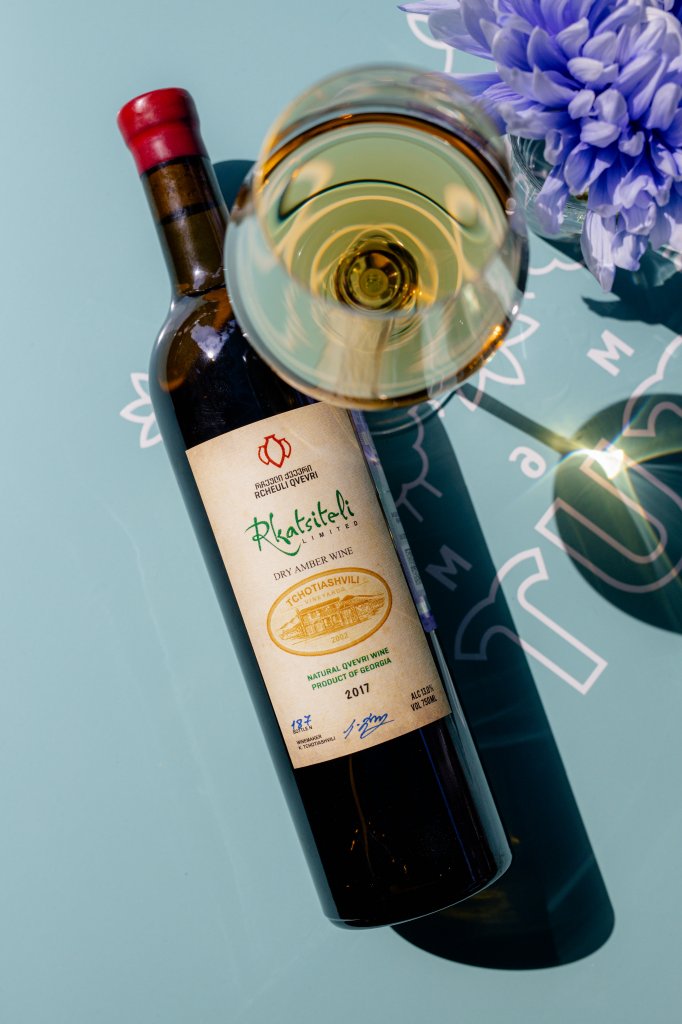 5. The belief that Georgians mostly drink red wine is a misconception. In reality, they tend to drink white wine because it’s lighter-bodied, which means more of it can be consumed without any unpleasantness on the following day. 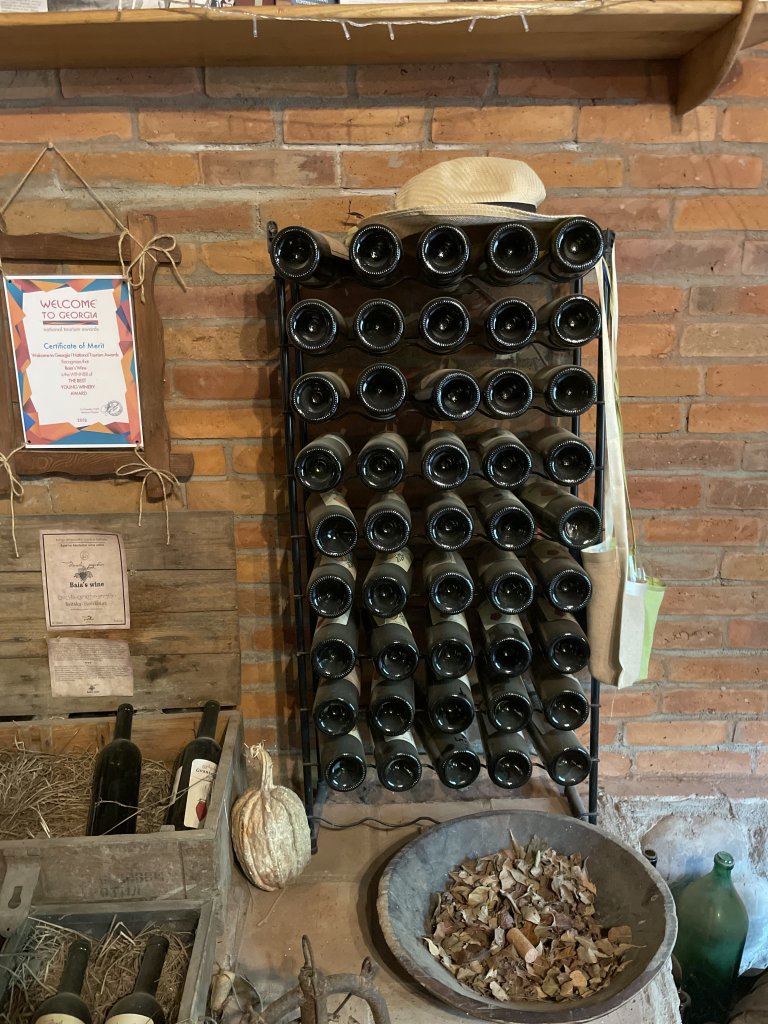 6. Red wines made from Saperavi grapes maintain their vibrant colour even when diluted with water. This has caused Saperavi to be nicknamed The Dyer. Needless to say, Saperavi wine stains are virtually impossible to remove. 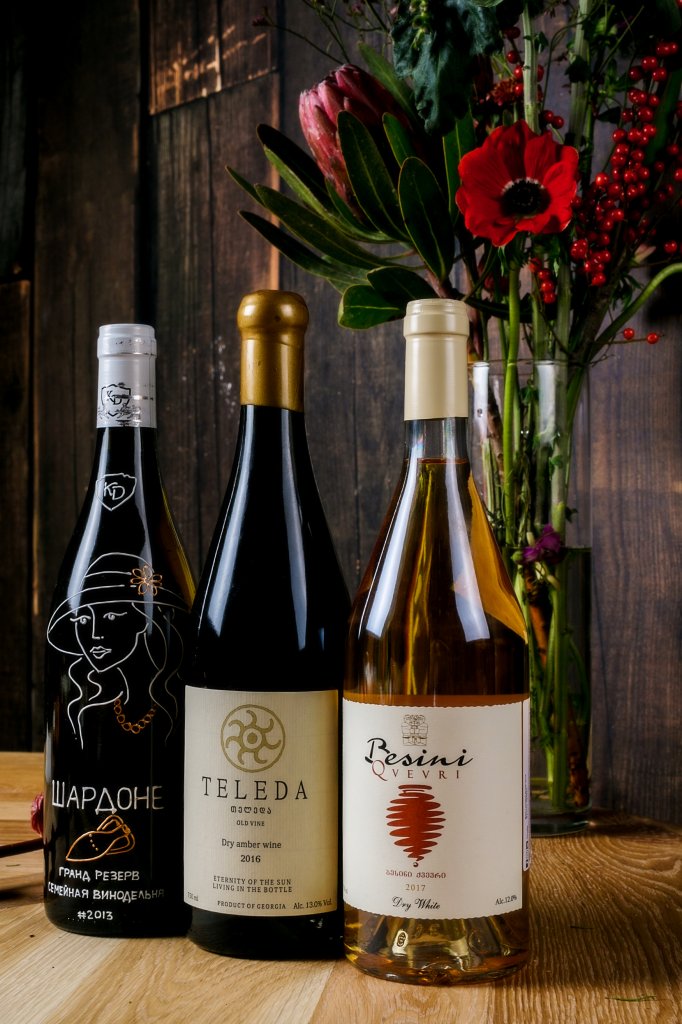 7. Georgia boasts over 500 grape varieties that are autochthonous, or cultivated exclusively in a particular area. This amounts to one-sixth of all the grape varieties in existence globally. There are approximately 40, however, that are cultivated in the country. Apart from the Saperavi mentioned above, the most famous are Rkatsiteli, Mtsvane, Aleksandrouli, Mujuretuli. 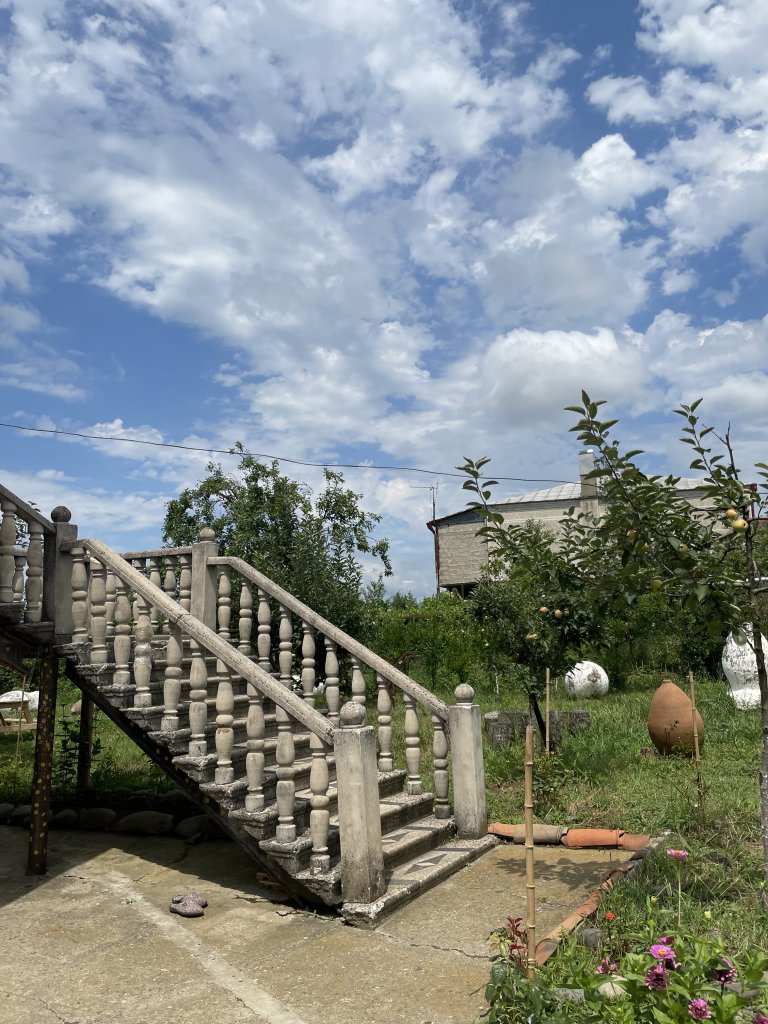 8. The process of wine production differs from region to region. In the west of Georgia, several grape varieties will be mixed whereas in Kakheti, which is in the east, wine is traditionally made using one grape variety only. Mukuzani, for instance, is made entirely with Saperavi grapes. In addition, Western Georgia has lighter-bodied wines because grape juice is left in contact with pomace for a shorter time. It is in the West, too, that wine is traditionally consumed out of a drinking horn. 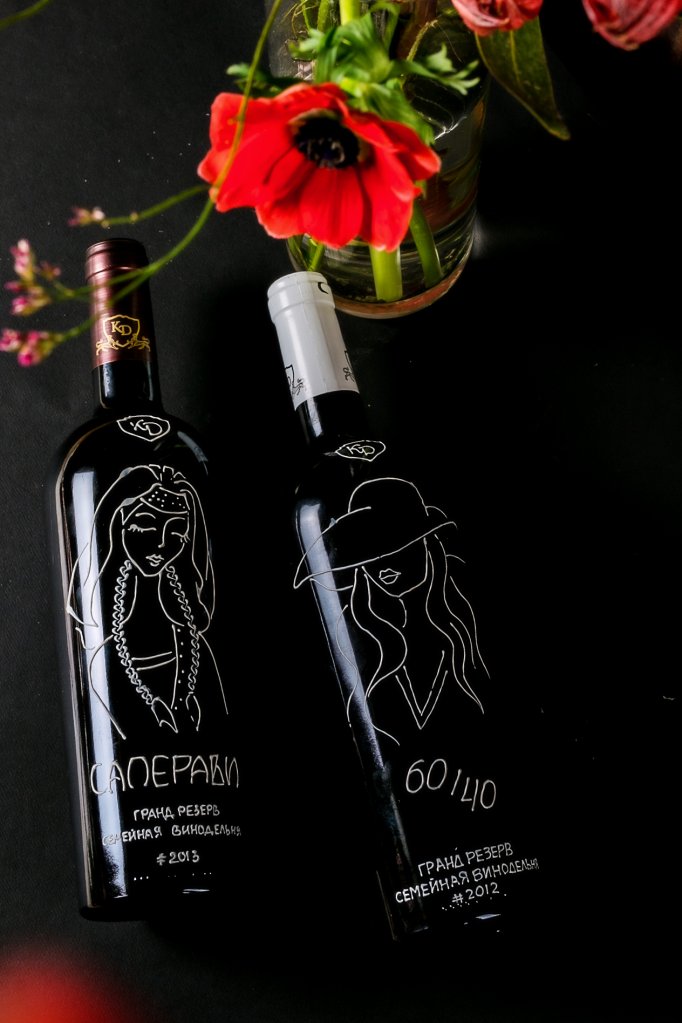 9. Wine and the grapevine are an integral part of everyday life in Georgia, but they are also at the core of cultural and religious practices. Throughout the ages, wine has been part of rites and rituals, and when Christianity was brought to the region by Saint Nino, it was from a grapevine that the cross was made. 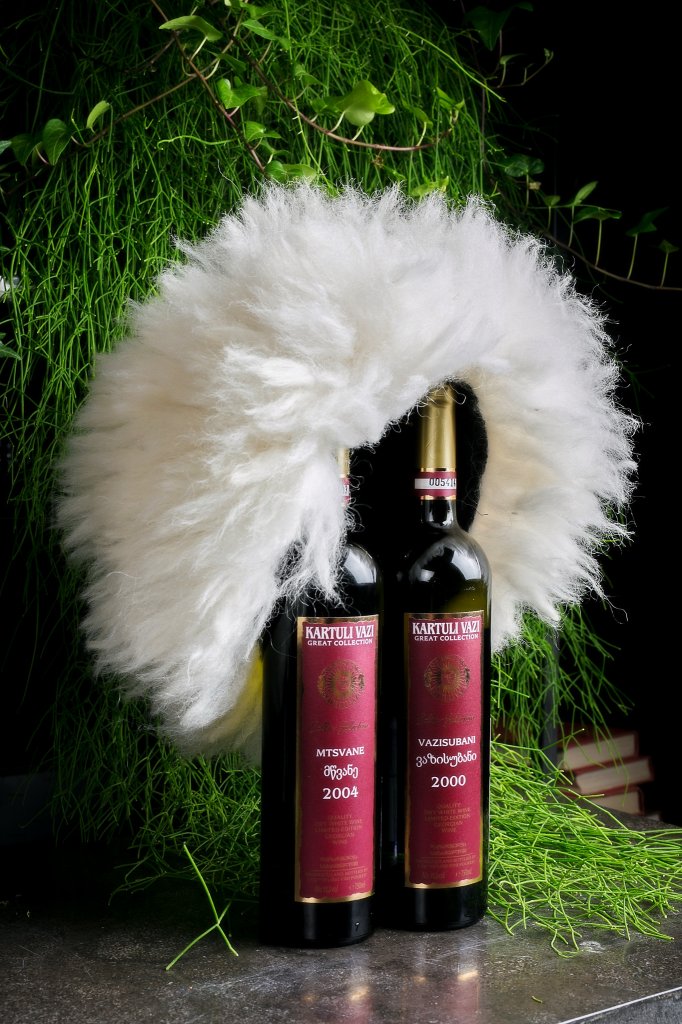 10. Georgians treat wine like a human being, which is why they won’t drink without proposing a toast. As for winemaking, the process is likened to starting a family and having a child: Father Qvevri and Mother Pomace are joined in holy matrimony to give birth to Wine.
Back
Other categories
Read also
Lebanese spices
Breakfast in Lebanon
Reservation
Book now
Subscribe to news
Ask Aram Mnatsakanov a question