Seven strokes to the portrait of San Pellegrino

The life-loving philosophy, delightful beauty, glorious winemaking and, of course, the truly epicurean gastronomy of Italy in many ways became that inspiration and driving power due to which the Restaurants of Aram Mnatsakanov were born 20 years ago. Not by chance our first restaurant Probka is Italian, and Aram himself proudly bears the title of Chevalier of the Order of Merit of the Italian Republic, which he was awarded in 2007.
We love Italy with all our hearts, and therefore it is quite natural that we have chosen for our restaurants the Italian mineral water, and not simple, but iconic. In Italy San Pellegrino is a true legend. In this selection we will tell you about amazing (and little-known) facts from the history of our beloved mineral water, which will become colorful strokes to the portrait of San Pellegrino. 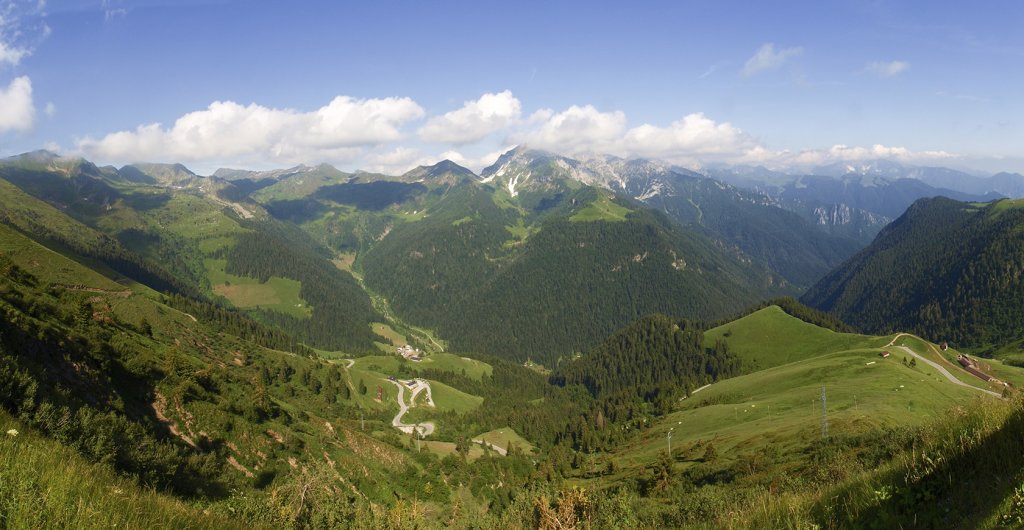 1. The "Vita" source, from which the water for San Pellegrino comes, is more than 600 years old.
As is known, the San Pellegrino brand was founded in 1899 in the vicinity of Bergamo, but the history of the alpine source itself is much more venerable. The first mentions of the "Vita" source, which originates in the Dolomites, dates back to the 12th century.
San Pellegrino carefully monitors the purity of "Vita" and its condition. Only a narrow circle of geologists, hydrogeologists and other specialists has an access to the source. Visiting the location is impossible without a special permission.

2. The path that mineral water takes before it ends up in a bottle takes about 30 years.
The researchers calculated how long the path of the San Pellegrino water takes from the moment when it snows or rains over the Alps until the bottle of San Pellegrino is in our hands. As they found out, this process stretches for three decades.

3. You can swim in the water of San Pellegrino if you wish.
To carry out this plan, you will have to make a trip to Italy. Water from the same alpine source comes to the QC Terme San Pellegrino baths in the province of Bergamo. Source is named "Vita", and the water is rich in calcium, magnesium, sodium bicarbonate and others useful microelements. Wellness center concept inspired by ancient Roman baths and promises a complete reboot: outdoor pools, Vichy showers, massage, bio sauna and spa hotel. 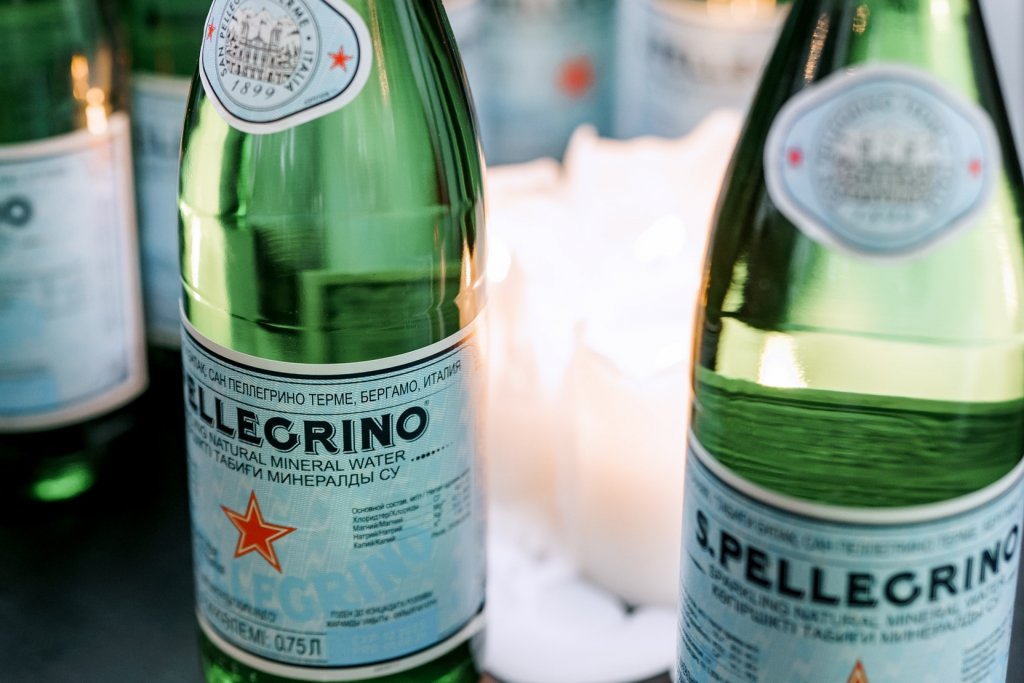 4. "It's all about the magic bubbles"
Originally, San Pellegrino water was still. Carbonization began to be used in force of necessity, as the business expanded and orders appeared outside Italy. The fact is that carbonation helps minerals retain their useful properties during transportation. A taste of the sparkling water was liked by consumers so much, that the company has made carbonation a permanent practice and stopped the release of still water. An interesting thing is that in its original form, water had an aftertaste similar to milk and some whitish shade due to high mineral content. It is noticeable that San Pellegrino has very small bubbles. It’s caused by the minimum used carbonation, necessary only to ensure the safety of trace elements and minerals.

5. San Pellegrino water contains at least 10 beneficial minerals and microelements.
If you have a bottle of San Pellegrino in your hand, it means that in every sip of famous mineral water, an exceptionally healthy cocktail awaits you: calcium, fluorine, chloride and nitrogen compounds, magnesium, silicon, lithium, potassium, sodium and strontium. This “hot ten” comes straight from an alpine spring. San Pellegrino carefully monitors water quality: 500 tests are carried out daily to ensure that each bottle contains the perfect balance of minerals.

6. The secrets of the San Pellegrino bottle.
The legendary green bottle of San Pellegrino, familiar to all of us, coincides with the age of the factory itself: its design was created in 1899. However, initially the bottle used for wine. The red star on the label served as a kind of quality sign awarded for products sent for export. The label also decorated by the image of an Art Nouveau building with the Alps in the background - this is a famous casino building in Terme San Pellegrino. Many brands have turned out to be partial to iconic designs and their interest has given us spectacular collaborations, such as Bulgari, Milan Expo, Missoni and Vogue.

7. San Pellegrino builds the "Factory of the Future".
The international architectural bureau BIG (Bjarke Ingels Group) is building a flagship plant for bottling of San Pellegrino mineral water and soft drinks, which is already dubbed the "Factory of the Future". There is every reason for an ambitious name: it is not only about innovative design, but also about sustainable production, where the energy of solar panels and the resource-saving technologies will be applied. Also, the plant will create an interactive center called San Pellegrino Experience Lab. The complex with an area of 17,000 m2 will replace the existing factory in the commune San Pellegrino Terme in the province of Bergamo.
\